As he was lying on his kitchen floor, alone and unable to get up, Michael J. Fox discovered that his characteristic optimism may have reached its limit. It was the summer of 2018. Mr. Fox had lived with Parkinson’s disease for nearly three decades, or roughly half his life. Yet his had been the boyish face of persistence, humor and hope in the face of the progressive neurological disorder that has afflicted millions of people. 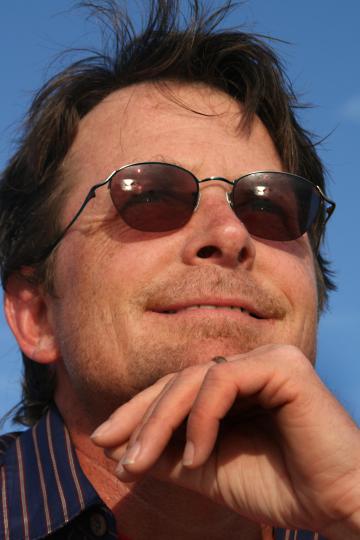 His new book is No Time Like the Future: An Optimist Considers Mortality.

Mr. Fox, who has been a summer vacationer on the Vineyard since 1988, was diagnosed with the disease in 1991. He had forged on with best-selling memoirs, movie and TV roles, and the Michael J. Fox Foundation for Parkinson’s Research, which has funded $1 billion — that’s not a typo — in research over the past 20 years.

But sprawled on that floor, having shattered the humerus bone in his left arm, Mr. Fox felt embarrassment and regret washing over him. Before this, he had successfully established a kind of détente with the disease. Had his own brand of optimism — and projecting that optimism to others with Parkinson’s — run its course?

“I broke my arm, and I broke my arm badly,” he said in a recent phone interview. “It wasn’t so much that it hurt. It was all of a sudden I didn’t feel so optimistic and I thought, what a giant load of crap . . . holding up optimism as a panacea.” In his words, he was done with the making-lemonade-out-of-lemons business.

The resulting self-examination became a turning point in his life, which forms the core of his new book, No Time Like the Future: An Optimist Considers Mortality. Mr. Fox will discuss the book in an interview with friend and author Harlan Coben on Feb. 25, a winter event of the Martha’s Vineyard Book Festival.

The broken arm was the culmination of an epically bad year for Mr. Fox and his family. It began in January with the death of Stephen Pollan, his wife Tracy’s father, who had been a comforting, encouraging mentor. That was followed in April by complicated, high-risk surgery to remove a tumor on his spine, which left untreated would have resulted in paralysis.

Yet after a long and difficult rehab to learn how to walk again, things appeared to be looking up.

Mr. Fox landed a one-day cameo in a Spike Lee-produced movie, See You Yesterday. So that August, he interrupted his Vineyard vacation for a quick trip to New York, accompanied by one of his daughters, Schuyler. As she dropped him off for the night, he waved off her offer to stay with him and help him get up and ready in the morning, a challenging process for many with Parkinson’s.

According to his book, his family had been repeatedly warning him: “You have one job. Do not fall!”

The next morning, he fell.

While he was able to telephone his assistant, who called an ambulance and then rushed over to help, the mishap triggered a round of self-recrimination — for letting down his incredibly supportive wife and children, his surgeons, his physical therapists, and others who had helped him through that year. (“I’ve come to accept that I take a village,” he quips in the book.) 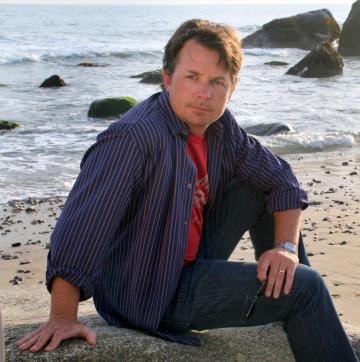 “With gratitude, optimism is sustainable.”

It also marked the beginning of a process of reflection that resulted in a recalibrated perspective and, yes, optimism, but this time grounded in the reality of his circumstances. He recognized that always looking on the shiny side of the coin, to the exclusion of the flip side, ignored the reality of situations that needed to be acknowledged.

What helped was to recall the words of his father in law, Stephen, who had a rare ability to find something to be grateful for in virtually any situation. (Indeed, Mr. Pollan’s obituary in the Vineyard Gazette described his “passion for changing people’s lives by removing fear.”)

“And it hit me, summing it all up: with gratitude, optimism is sustainable.”

The pandemic compelled Mr. Fox to add an epilogue in which, among other things, he stepped back to recognize the hardship and suffering so many have endured, as well as the enormous sacrifice by front-line workers, just as he was writing about his own deeply personal struggle. Surrounded by his family in quarantine, it was an occasion to look around and express appreciation. You might call it gratitude.

The Martha’s Vineyard Book Festival talk with Michael J. Fox and Harlan Coben begins at 7 p.m. on Feb. 25. The online event is free, although registration is required at mvbookfestival.com.