Island residents and regular visitors to Martha’s Vineyard are greeting the coming summer with more enthusiasm than trepidation, a new survey suggests, with most respondents eager to dine and socialize outdoors, but many urging continued caution and strict enforcement of mask-wearing.

Part of the Vineyard Gazette’s Community Survey Project, the online survey ran from April 12 to 30 and sought to gauge people’s comfort with certain activities as the Island approaches the second summer since the Covid-19 pandemic began. A similar survey conducted a year ago had markedly different results.

Where last spring’s survey uncovered deep fears about the coronavirus and confusion and indignation about whether visitors would be welcome on the Island, the new survey found respondents largely positive about what they experienced last summer. Many expressed a wish for more activities and regret that many traditional summer events have already been canceled.

“We thought the Island handled things quite well last year despite being in the early stages of this pandemic,” said one respondent. “Our hopes for this year is that more indoor dining is back, perhaps some live music inside or outdoors, and that workers have the ability to come back to the Island to help for the busy summer season.”

A total of 3,180 people completed the nine-question survey, which was publicized in emails to Gazette subscribers and readers of its newsletters and posted on social media. Responses were anonymous and the survey employed a mechanism to prevent people from filling it out more than once on the same computer. About half the respondents offered specific thoughts and suggestions in comments.

Despite the large response, the sample was not representative of the Island as a whole. The vast majority of respondents said they expect to be fully vaccinated (77 per cent) or in the process (15 per cent) by May 15. By comparison, only about 42 percent of Dukes County’s population had been fully vaccinated as of April 27, according to state estimates based on 2019 census data. 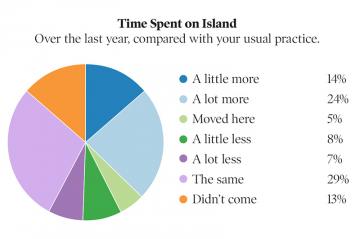 The respondents also skewed older, with 66 per cent over 61. About two-thirds described themselves as homeowners, and 39 per cent said they live on the Island full-time or more than six months a year.

Still, the survey generated a wide variety of views about how the Island should address the ongoing pandemic, ranging from calls for a complete reopening to suggestions for “vaccination passports.”

People aged 45 and under were somewhat more willing to go to bars and attend large-scale events than older people, but neither age nor residency seemed to be clear dividing lines in other responses.

A large number people, both full-time and seasonal residents, expressed a strong desire for the Island to continue to observe health and safety protocols and to encourage or require vaccinations.

“Continue the strict enforcement of distancing and mask requirements by the staffs of all local businesses,” said a typical response. “Last year this was done with courtesy and kindness. Gentle reminders were given and most people I saw complied.” 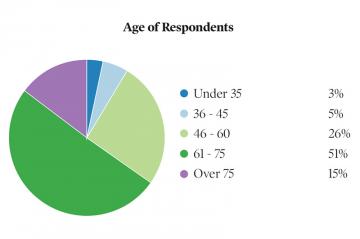 But dozens of people also called for loosening the mask mandate or dropping it altogether.

“Open up everything. Let people decide if they want to mask up,” said one person. “We are all craving a normal Vineyard summer,” said another.

Overall, respondents seemed very ready to shop in Island stores, socialize with friends at home and visit farm stands and outdoor markets. About two-thirds said they would visit galleries, museums and other indoor attractions. Several commenters praised the relocation of the West Tisbury Farmers’ Market to the Ag Hall, where it will be held again this summer. Others said they would like to see the Chilmark flea market, the artisans’ fair and other outdoor markets return. Many want more outdoor concerts and to have the libraries reopen. Several suggested pet parades, story hours and other diversions for children. One person called for outdoor Tai Chi every day.

“Maintain the outdoor dining opportunities and keep the larger fundraising events virtual, one respondent wrote. “Keep a focus on outdoor activities. Try to equate to the slower pace of summer 2020 without the concerns of Covid.” 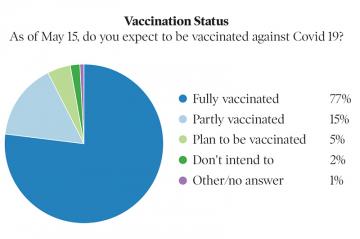 “A lot of social interaction will depend on which way the pandemic goes,” one person wrote.

After the relative quiet of last year’s season, when virtually all events were canceled and day-trips were down sharply, many people expressed concerns about the anticipated resurgence of visitors.

“I’m anticipating that my experience will be better this summer now that I am vaccinated and won’t have the oppressive fear of getting seriously ill,” said one person. “Of course, I’m concerned that the influx of so many new people on an already overcrowded island will make things almost unbearable this year.”

Worries about staff shortages at Island business was also recurring theme, with several people making the connection to fewer foreign workers and the lack of affordable housing.

An open-ended question about how the Island experience from last year could be improved revealed lingering unhappiness with how visitors were treated.

“There were some really nasty vitriolic Islander sentiments loudly articulated against summer people that was really eye-opening. I was not aware how truly unwelcome and resented we are,” said one of more than a dozen people who raised the issue. “I think there’s some serious healing and fence-mending that probably needs to happen if summer people are to feel comfortable again.”

“The pandemic brought out ugly isolationist feelings among many that show Islanders at their smallest and most entitled,” said another person. 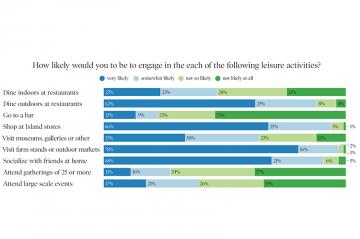 The question also brought up scattered complaints about backups at the post office, crowded grocery stores, poor traffic control and inadequate parking in the down-Island towns.

But the majority of people who made comments were complimentary of how the Island handled the 2020 season.

“I feel that the Island community was exceptional in handling the coronavirus challenges, particularly the mask mandate. It was not easy at times but I think all, for the most, adapted extremely well,” said one person.

“I really enjoyed last summer as it was a real throwback to earlier times with the smaller crowd,” said another.

“You can’t improve on perfection, and the Vineyard is perfection,” said a third.