The undefeated boys tennis team takes on undeated Dover Sherborn in the finals of the division three south sectional tournament after a dramatic 3-2 win Thursday in the semi-finals over Sturgis West.

Eric Reubens keeps winning, even after moving up to first singles.

On Monday the team cruised through its match with Monomoy winning 4-1, the only loss the forfeit at third singles. But Thursday’s semi-final match was a different story.

Reubens and Riis won their singles matches, but Ben Belisle and Jack Marshard were defeated at second doubles, leaving the match at a 2-2 tie due to the forfeit at third singles. The outcome of the match would be decided by the first doubles match, with the Vineyard’s Clyde Smith and Teagan Myers taking on Norm Pickett and Corey Landry of Sturgis West. 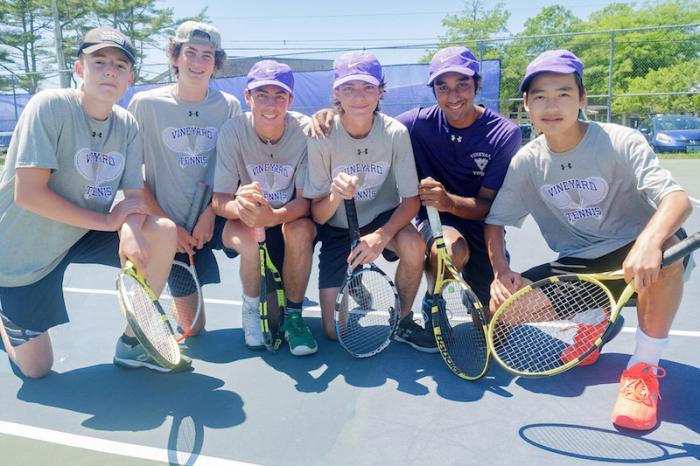 The team plays at full strength today as Max Potter returns to the lineup.

The girls tennis ended their playoff run on Thursday with a tough 3-2 loss to Foxborough High School.