The Martha’s Vineyard Boys and Girls Club completed a long-planned purchase late last week of 21 acres in Edgartown, marking a major step toward building a new facility for the club that serves more than 700 Island children.

The club closed on the purchase last Friday for $2.8 million. Situated adjacent to the Edgartown recreational area off Robinson Road and running to the Edgartown-West Tisbury Road, the undeveloped land is owned by the Norton family. The sale price was below-market, according to a press release from club president Norman Rankow.

The complicated land deal includes a provision for the club to transfer about 6.6 acres abutting the recreational area to the town in exchange for easements, while the remaining 14 acres will be a site for a new club facility. A memorandum of understanding previously signed with the town allows the club to donate two acres, while the town will pay about $636,000 for 4.67 acres.

Edgartown voters approved the land swap deal at the annual town meeting this spring, and selectmen gave it a final signoff at a meeting last week.

“This is a win win for the club and the town,” the press release said.

The property purchase and capital campaign have been in the works since 2019, when a preliminary agreement was signed with the Norton family. 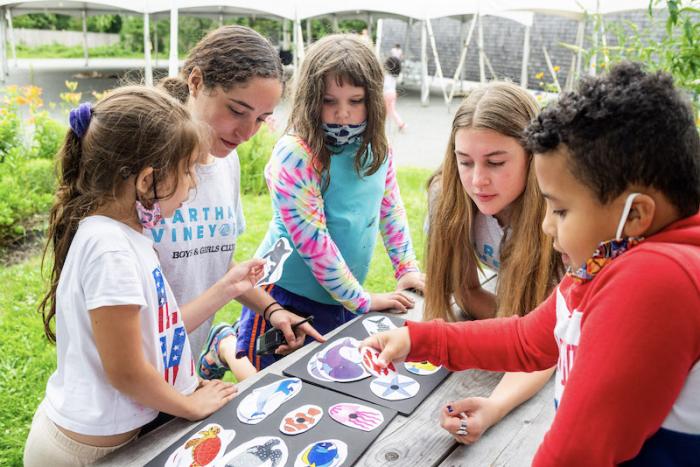 The club also announced it has raised more than half the $15 million needed for the new facility and is formally launching a public fundraising campaign for the rest of the money.

“The only way to secure the club for generations to come is to build a safe and sustainable facility that accommodates our program expansion plans and our ever-increasing membership footprint,” club executive director Dhakir Warren said in the press release. Mr. Warren took the helm at the club last month.

The club thanked the Norton family for its generosity in selling the land.

Changes in board leadership from the June 30 annual meeting were also announced in the release, with Mr. Rankow taking over as president, Ellen Saville and Kimberly Kirk elected as vice presidents, Jonathan Chatinover elected as treasurer and Jennifer DaSilva elected as secretary.